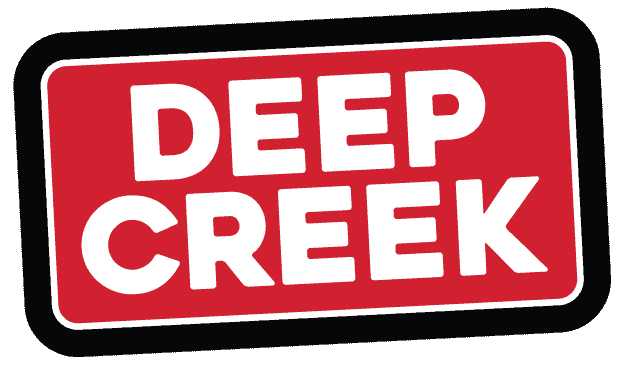 Garrett County boasts over 90,000 acres of state land! Some of the most interesting and breathtaking scenery you can imagine – lakes, waterfalls, native trout streams, farms, valleys and mountains.

Big Run State Park
With 300 acres in Garrett County, Big Run State Park offers rustic camping opportunities with 30 unimproved campsites. Situated at the mouth of the Savage River Reservoir, the park is 16 miles from exit 24 of Interstate 68. The park is actually surrounded by the acreage of Savage River State Forest so visitors to the area have an even wider array of recreational opportunities. With a boat launch, Big Run is a popular base camp for outdoor-lovers intent on fishing, camping, hiking or hunting.

Garrett State Forest
The forest contains a diversity of trees, abundant wildlife and beautiful scenery. In 1906 this forest was given to the state of Maryland and was the beginning of our present public lands system.

Herrington Manor State Park
Located within Garrett State Forest, Herrington Manor State Park’s development began in the 1930’s. A 53-acre lake was formed by damming Herrington Creek, and ten cabins were erected on a wooded knoll above the lake. Herrington Manor was designated as a state park in 1964 and encompasses 365 acres. The park offers swimming, boating in rowboats, canoes, paddle boats and aquacycles, picnicking, hiking, tennis, volleyball and 20 fully furnished log cabins for rental use year round.

Potomac State Forest
Potomac State Forest features the highest point in any Maryland State Forest – Backbone Mountain. Forests, streams, and valleys make up 12,000 acres of this state forest. The Potomac River has its headwaters in this rugged mountain forest where wildlife abounds and there is excellent trout fishing.

A newly designated state park, Sang Run State Park features the historic Friend’s Store and is home to the annual Fallfest event every September! The park offers access to the scenic Youghiogheny River, hiking trails, and many seasonal activities and tours! Friend’s Store offers activities, history, and local made goods for sale!

Swallow Falls State Park
This mountain park contains some of Maryland’s most breathtaking scenery. The Youghiogheny River flows along the park’s borders, passing through shaded rocky gorges and creating rippling rapids. Muddy Creek Falls is a crashing 63-foot waterfall — a spectacular sight. Tall hemlocks dominate the silent woods, and the meandering trails through Swallow Falls guide hikers to some of the most breath-taking scenery in Western Maryland.

Hike to Maryland’s Highest Point! Located the very southern end of the county, the trail to the highest point is surprisingly short considering the end destination. The trail is steep, but only a couple miles, and well worth the trek! As most highest points and designated trails, there is a trail log located in a mailbox at the top where you can read other visitors’ entries and make your own!

Broadford Lake Park offers a sandy beach area, trails, baseball fields, and a playground! A hot spot for locals and many local events, Broadford Lake hosts its own 4th of July Fireworks show, Halloween events, and the Autumn Glory race.

The Glades
Maryland’s largest and most open mountain peatland. Garrett County lies in the Allegheny Mountains, which here form the western flank of the Appalachian Mountain Range. Hoye-Crest, a summit along Backbone Mountain, is the highest point in Maryland at 3,360 feet.

The Glades’ 601 acres is of great scientific interest because it is an ombrotrophic system (fed solely by rainwater), contains peat up to 9 feet (2.7 m), and is one of the oldest examples of mountain peatland in the Appalachians.

On the western edge of the Savage River State Forest along Maryland Route 495 lies Bittinger, Maryland. Named after Henry Bittinger who first settled in the area, other German settlers moved in and took up the fertile farm land. On the eastern edge of Bittinger is one of the largest glades area of Garrett County. Geographically, this is an area which seems to have been affected by the last great ice sheet of North America. Two miles southeast of Bittinger, there is a large deposit of peat moss.

Loess Dunes
In the Casselman River valley, 1-mile (1.6 km) south of Grantsville, Maryland and beside Maryland Route 495, one can see remains of geological evidence about the last great ice sheet over North America. A series of low mounds can be seen in the fields on the west side of Maryland Route 495 that are “loess” (wind-blown) material. Apparently, these are the only ones still visible in the northern part of Garrett County.

State parks, forests, and wildlife management areas assist in the preservation of approximately 20% of the total acreage. It is one of only two counties in the state that has so much protected forestland that is has been exempted from the Forest Conservation Act.